Joseph P. Fisher has been a competitive runner since he was roughly 11 years old, which is when he joined his first organized cross country team. Originally from Massachusetts, Joe ran cross country, indoor, and outdoor track in high school. He also ran Division 2 cross country for Saint Anselm College in the late 1990s.

Along with his wife Kelly, Joe joined DC Road Runners in the late fall of 2010, a few years after completing his graduate coursework at George Washington University.  Since that time, he has achieved three Boston Marathon qualifying times, and he has assisted Washington, DC’s Wilson Komen with the development of his business, Coach Kiprunning. Joe has been a race director for the National Capital 20 Miler since 2017. 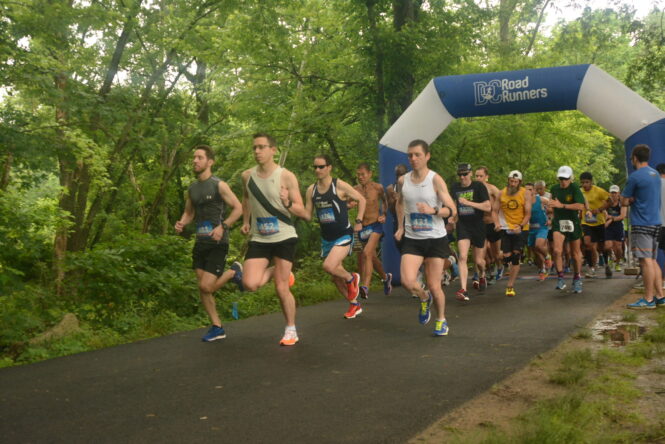 Joe currently works as the Executive Director of the Academic Resource Center at Georgetown University. In his spare time, he works as a DIY web developer, and he intends to take up the drums once again if his tinnitus allows him to do so.

Joe continues to rehab from a complicated cartilage injury to his right ankle, which plagued much of his training from 2012-2018.

If you are an athlete, and you want to talk cartilage, Joe is here for it.